This post is based on a presentation I shared at Ignite DFW on April 15, 2016. It was absolutely an amazing experience! Thank you to everyone who organized it, participated as a speaker, and showed up to enjoy the amazing topics we shared as Dallas-Fort Worth community.

Ignite is a night of presentations on a variety of inspired topics — with a twist. Each presentation has 20 slides that automatically advance after 15 seconds. It is a worldwide movement. You may see my speaker profile on Launch DFW’s website.  Below is a short YouTube clip from the end of the presentation.

My five minute presentation at Ignite barely began to shed light on this fascinating topic. In this post I’m sharing more context behind each slide of my presentation connecting science fiction, culture, and innovation. Enjoy!

If you want to join my journey studying and creating science fiction, join my email list here and make sure to check the box labeled Science Fiction.

I’m so excited to share my experience studying foreign and domestic science fiction (SF) with you.

I didn’t always have the appreciation I have now for science fiction. That’s because I pegged it for alien invasions and sea monsters. But in my late teens I decided to take a science fiction course. That’s when my mind was opened to an art form far more precious and impactful than I’d ever realized.

In recent months I’ve decided to focus my SF research. I’m studying stories (texts, movies, video games, etc.) by country and culture, and comparing them to their time of history.

I’ve found that it doesn’t matter how I segment the stories, by country or culture or time of history — no other form of storytelling reflects current culture and shapes future culture like SF.

Let’s first understand that the primary goal for most SF writers isn’t to accurately predict the future. Most writers are far more interested in sharing the traumas, ideas, fears and experiences of a society at a given period of time. It even acts as a smokescreen to talk about repressive regimes, a famous example being 1984 by George Orwell.

I’d like to point out that there are writers who set out to explore current technologies, build out new prototypes, and near-future scientific concepts through science fiction. This sub-genre is called Hard SF or Engineering SF. I’ll be referring to this sub-genre later on in this post.

A recent example of Hard/Engineering SF would be The Martian by Andy Weir. In this story he explores how an astronaut abandoned on Mars with limited supplies could survive until help arrived. Made a major motion picture in 2015 starring Matt Damon, Weir has been recognized by scientists at NASA and other notable researchers for his accuracy of scientific and engineering concepts.

Related Reading: Andy Weir and his book ‘The Martian’ may have saved NASA and the entire space program 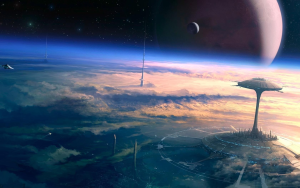 SF often takes a futuristic approach because its most productive when its created in direct opposition of the definite rules and realities of that time.* It’s an exaggeration. It’s fiction. It’s entertainment. There’s little for the human mind to have an immediate or outright objection to. This is the element that gives SF tremendous power.*

How Stories Work in the Human Mind

We need to also look at how stories work in the human mind. Stories allow us to explore a situation un-apologetically and fearlessly regardless of how taboo or unrealistic the story may be.

We get to experience the world through one or many characters point of view. We get to intellectually and emotionally explore the “what ifs” in life. This is why we can often care about a cause a lot more after reading/hearing a story than we do just reading/hearing a list of statistics. 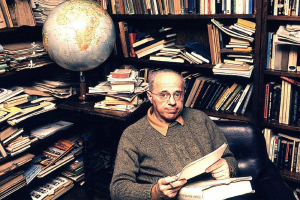 I want to introduce to you Stanislaw Lem. He lived in Poland during World War II. Raised Roman Catholic, Lem didn’t even know he had Jewish ancestry until the Nazi regime took over

He survived by forging identity papers and working as a mechanic. He even sabotaged the Nazi vehicles he repaired as part of the resistance.

Much of his work is a reflection of how destructive technology can be when driven by negative motive and insufficient knowledge or empathy for long-term consequences.

He ends one story so beautifully saying, “Things were removed from the world, and they ceased to exist as if they had never been… And to this day the world remains honeycombed in nothingness”

The Japanese created some exceptionally deep SF, especially after World War II. Being the only country thus far to suffer a nuclear strike, we see a heavy focus on apocalyptic scenarios. They try to explore how to survive in a world of absolute chaos and unfathomable destruction. We also see themes surrounding floods and other natural disasters the society faces by living on an island.

The Japanese are more interested in the past and present, attempting to understand their ever-changing society.

I’ve grown new empathy for the Japanese. And it’s not that I ever thought of myself as being un-empathetic, but I do feel a closeness to the Japanese now that I’ve never had before.

SF is about an exploration of change. While these authors are communicating current traumas, fears and repressed beliefs they are also providing ideas to solve their current issues. At the very least, they provide warning of the potential undesired outcomes.

This theme of exploring change is important to recognize because many inventors claim they read SF as children growing up. Many of them still read/watch SF as adults and openly share how they are inspired by these fictional ideas. They say, “I saw or read about this and wanted to see if I could make it.”

We often see that inventors who were first introduced to technology and innovation through stories are much more likely to be empathetic and conscientious of how that technology will impact the world. They’re most likely to ask: How does this change our planet? Our minds? Our health? Our future?

We have several famous inventions inspired after ideas in SF stories. Take for example the submarine, cell phone, and liquid-fueled rocket. Jules Vernes, author of 20 Thousand Leagues Under the Sea, says “What one man can imagine, another man can make real.” 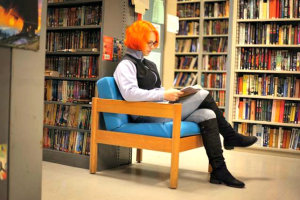 MIT takes SF so seriously they encourage all inventors to read it. MIT researchers rely on SF to not only get new ideas, but to estimate cultural impact and consequences. You could say, most of their ‘new iterations are developed through fiction and not as lab prototypes‘.

MIT also provides courses titled Science Fiction to Science Fabrication aka “Pulp to Prototype” where they build the inventions in the stories and then discuss the possible outcomes and consequences.

By definition (please see the end of this post for sub-genre definitions), MIT predominately works with Hard/Engineering SF and also Soft/Social SF.

MIT even has a Science Fiction Society. The Society’s science fiction library has over 60,000 books and makes it one of the top three largest publicly available collections of science fiction in the world. (No, you don’t have to be a MIT student or faculty to join! But they recommend you live in the area.) 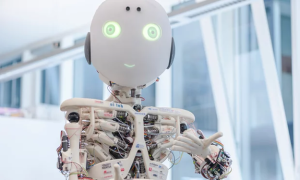 Many researchers have joined the race to build artificially intelligent and emotional robots. It won’t be too long before robots have joined our society as care takers, companions, and home/workplace assistants. Of course, many notable minds such as Stephen Hawking have shared concerns about whether robots could — out of choice or an inability to follow ethical standards — harm humans.

The obvious question we’re asking is how to program robots to follow socially acceptable behaviors. How, for instance, do you program a robot to pick up a prescription and actually wait in line (patiently)? How do you have it pay for the prescription versus robbing the pharmacy because that latter would be the most efficient way of completing its objective?

Researchers over at Georgia Institute of Technology asked this same question, and said (I assume it went something like this): If we [humans] learn ethics and values through stories, let’s create robots in our image. Let’s develop a ‘brain’ for uploading all of a culture’s stories and run programs in the background that allow it to learn desired/acceptable behaviors through our stories.

Mark Riedl and Brent Harrison from the School of Interactive Computing at the Georgia Institute of Technology have just unveiled Quixote, a prototype system that is able to learn social conventions from simple stories. Or, as they put in their paper Using Stories to Teach Human Values to Artificial Agents, revealed at the AAAI-16 Conference in Phoenix, Arizona….the stories are used “to generate a value-aligned reward signal for reinforcement learning agents that prevents psychotic-appearing behaviour”.

How does Quixote work, you ask?

Quixote is a technique for aligning an AI’s goals with human values by placing rewards on socially appropriate behavior. It builds upon Riedl’s prior research – the Scheherazade system – which demonstrated how artificial intelligence can gather a correct sequence of actions by crowdsourcing story plots from the Internet.

— Mark Riedl, associate professor in the School of Interactive Computing at Georgia Tech and director of the Entertainment Intelligence Lab

It was early one Sunday morning when I first read about this research. I found it absolutely fascinating, so I tweeted out the article with comment. (You can follow this conversation on Twitter @KRDollar.)

This was actually a very intelligent and loaded statement because video games (mostly the violent ones) have been a controversial subject since first mainstream release.

Mark Riedl responded and said, “Any one story may negatively impact the AI. I suggest giving it all stories produced by a culture…. The values and patterns that repeat themselves across all stories will bubble to the top and others fade.” 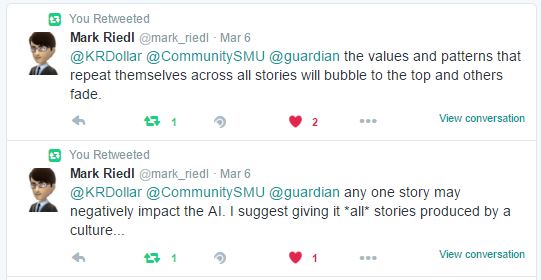 My call to action for you is to read more science fiction. Be mindful of the content you put out in the world. It affects both human minds and artificial minds.

What Am I Writing, You Ask?

You heard right! I’m releasing some of my original science fiction stories this year (2016). I can’t wait to share them with you.

What are these stories about, you ask? Some of the themes you’ll find in my stories coming out this year are:

Join my journey studying and creating science fiction by subscribing to my email list here. Be sure to check the box labeled Science Fiction.