5 Times You Triumphed When People Said You Would Fail 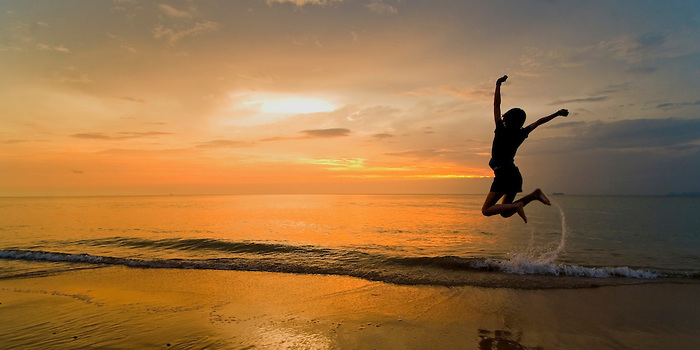 Many of us have been told we would fail. “That can’t be done.” “It won’t work.” “It won’t sell.” While it never feels good to be told you can’t do something, it might also mean you’re on the brink of greatness. Some of the most brilliant minds in history were told they would fail.

If you haven’t been told you would fail, it’s time you start pushing yourself out of your comfort zone. As Eleanor Roosevelt once said: “Do one thing every day that scares you.”

Here’s to the times you triumphed when people said you would fail.

1. The Time You Were Unemployed

Unemployment isn’t a disease or condition from which one needs to recover. It’s not always convenient, but it’s always an opportunity to push yourself and learn how to better apply your talents to the world. It’s a time to really think about what you want and then work hard to achieve it. No excuses.

2. The Time You Did It Your Own Way

When everyone else was doing it one way, you tried a different way. There were times you found the lack of faith from those around you to be disheartening. But you mustered up courage and turned that negative energy into motivation and passion.

Your way worked. Those who doubted you are now asking you how they can apply your methods to their project.

“A flower does not think of competing to the flower next to it. It just blooms.”

3. The Time You Struggled

We all struggle. That’s a good thing. If you’re not struggling at least a little bit, it means you’re not challenging yourself and growing. While some struggle is healthy and everyone experiences it, our struggles aren’t a process we like to share with the world. Unfortunately there are some struggles that just can’t be kept private.

Some people voiced their concern and offered help when they noticed your struggle. Others pretended they didn’t notice. Others took the opportunity to belittle you. But when you could have given up, you decided to step up. You revisited the strategy, pulled together your resources, and put in the time to do what needed to be done.

What happened? You rocked it. You’re back in the game and doing better than ever before.

4. The Time You Went A Little Crazy

Most of us are guilty of it at one point in his or her life. There’s a project you’re absolutely certain will lead to something big. You can actually feel it within your body. That’s when you start to put extra resources into the project. It’s all you think about. It’s all you work on. Before long your eyes are blood-shot and your hair is three month’s past due for a trim. You only wear white shirts and blue jeans because the lack of choice saves you time getting ready in the morning.

People don’t know whether to think you’re an eccentric soon-to-be a genius billionaire or a deranged entrepreneur soon-to-be on “vacation.” Don’t take their judgments too harshly. You were acting a little crazy. Crazy passionate, maybe! And that’s okay. If you didn’t care so much, who would?

As it turns out all the late nights, early mornings and constant obsessing served well. The project is a grand success and you’re back to your normal self.

5. The Time You Did Fail

You filed for bankruptcy. You didn’t get the investment. You lost a settlement case. You were fired from a job or project. And it happened in front of everyone. You could almost hear the gossip buzzing across your network. “I knew it couldn’t be done.”

By the way, that was probably your imagination. Even if it wasn’t, who cares! Everyone fails. Best of all, our failures don’t stay with us. We outgrow them just like we outgrow most other things in life.

In the end, you didn’t really fail. Why? Because you’re still moving forward and chasing after the things you want. You learned from the past so you could apply those lessons to the future. You stood up when everyone thought you’d stay down. You’re happy when no one believed you could be. You succeeded when people thought you had been defeated.